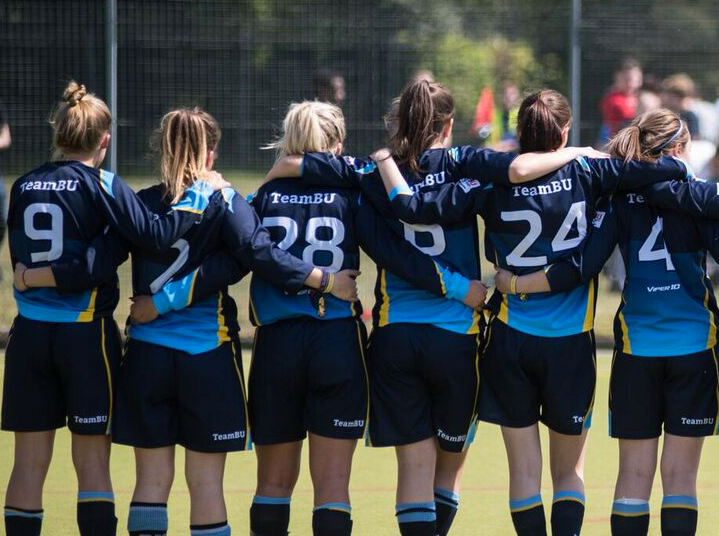 In addition to the selection of Bournemouth based sports’ clubs who play at Chapel Gate, it’s also the main outdoor playing venue for TeamBU, Bournemouth University’s community of high-performing athletes.

Every Wednesday afternoon during term time, TeamBU compete in the British Universities and Colleges Sports (BUCS) league at Chapel Gate across a variety of sports including; American football, cricket, football, hockey, lacrosse and rugby.

And, as the sporting season draws to a close in May, Chapel Gate and its facilities are transformed for the annual South Coast varsity between Bournemouth University and Solent University, who battle it out for the sought-after varsity trophy.

Get in touch with TeamBU →
Skip back to main navigation